A downloadable game for Windows and Linux

A game based on the SDL2 Strategy tutorial by Parallel Realities. Guide 3 wizards to victory over a bunch of ghosts.

Each wizard has 2 action points (AP), to use for either moving or attacking. Taking an action will deduct 1 AP. Once all a wizard's AP is used up, they will need to wait until the next turn to get more.

To attack a ghost, they must be in your attack range. Click on a ghost to target it. A red pulse square will appear over it. Click again to attack. The chance of hitting the ghost with your attack will be displayed in the top-right hand corner of the screen, alongside the damage.

Wizards cannot move through slime pools, but ghosts can. Slime pools can be targeted and destroyed (100% chance of hitting).

A wizard is defeated if their HP is reduced to 0 during play. The game ends if all wizards are defeated or no ghosts remain.

Various items can be found on the battlefield. They can be picked up by walking on top of them (the movement must end on the square the item is on).

Five command icons are displayed on screen during the player's turn. From left to right:

Center on unit: centre the camera on the current wizard.

Next unit: select the next wizard.

The game will end when either all the wizards are killed or the ghosts are destroyed. At this point, a game over screen will be displayed. Clicking the left mouse button will end the game.

Decided to buy the game for an extra amount to thank you for the tutorial to this game. A couple of weeks ago I decided to write a turn-based tactical roguelike and your tutorial series is saving me a lot of research time. 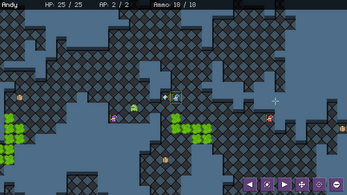 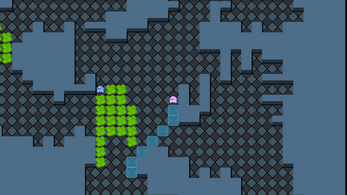 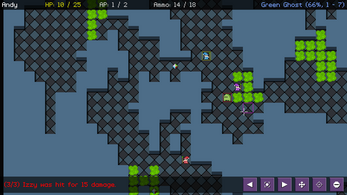 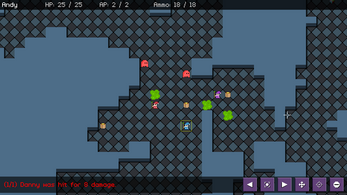 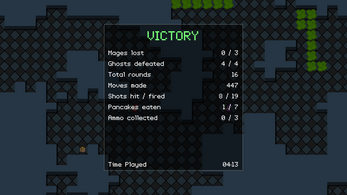